In 1970, a Jehovah’s Witness came to my house. Holding out a book entitled, “The Truth That Leads To Eternal Life”, she turned to a picture of paradise garden and asked if I would like to live there. This appealed to me. I bought the book, and she promised to return. By the time she came back, I had read the book. Her answers to my questions seemed logical and Scriptural as she thumbed through her Bible expertly to me. I readily accepted her offer of a free home “Bible Study” based on this “Truth” book. 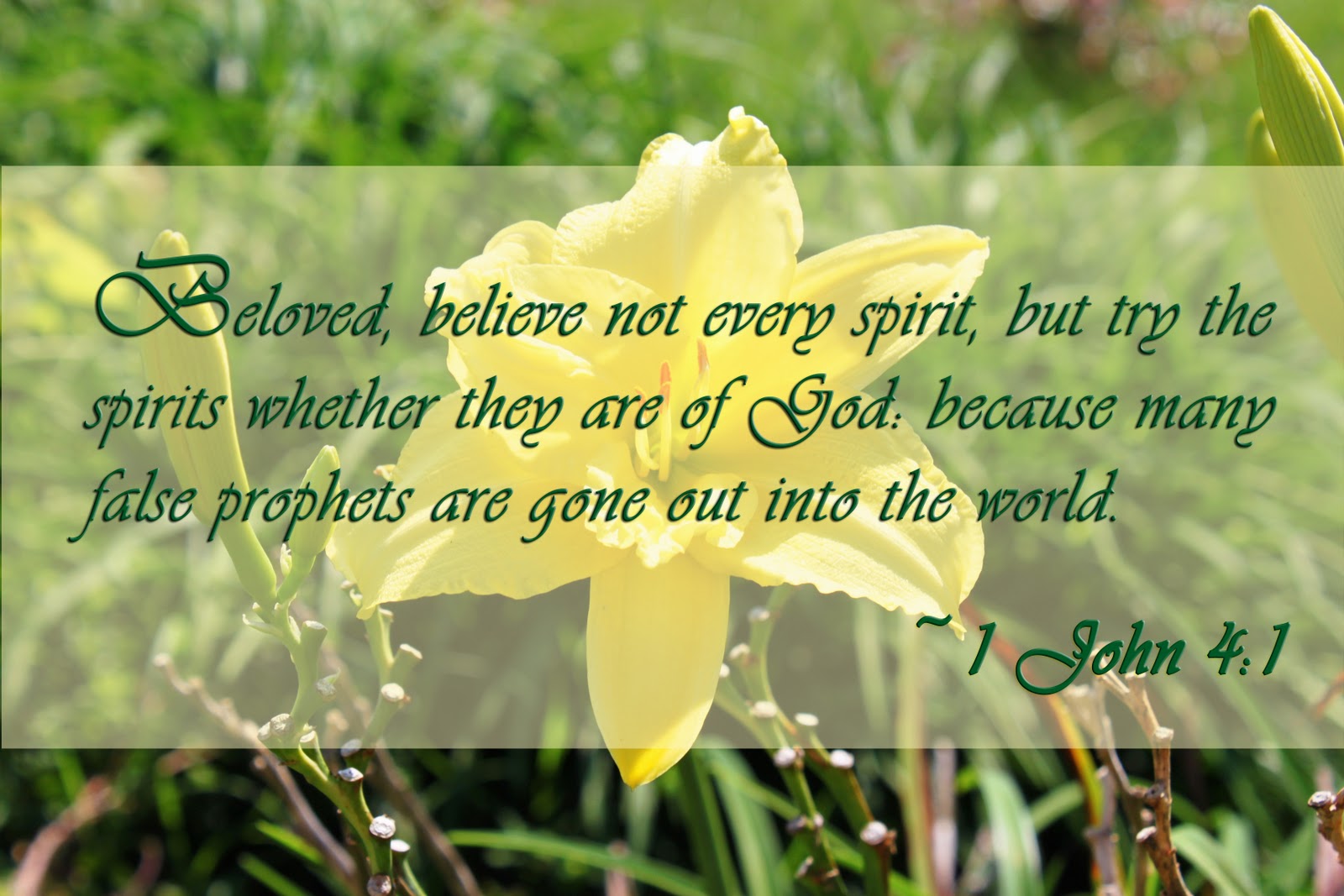 Lord, You Alone Have The Words Of Eternal Life

In 1970, a Jehovah’s Witness came to my house. Holding out a book entitled, “The Truth That Leads To Eternal Life”, she turned to a picture of paradise garden and asked if I would like to live there. This appealed to me. I bought the book, and she promised to return. By the time she came back, I had read the book. Her answers to my questions seemed logical and Scriptural as she thumbed through her Bible expertly to me. I readily accepted her offer of a free home “Bible Study” based on this “Truth” book.

About three weeks later, a Filipino Jehovah’s Witness missionary couple came to start this Bible Study with me. Week after week we “studied” the Bible with the help of this “Truth” book.

By the end of about six months I was totally convinced that the God of the Bible is the only true one AND He has a group of people here on earth today representing Him and doing the preaching work actively. I was led to believe that this group was none other than the Jehovah’s Witnesses. They have a legal corporation with its Headquarters at Brooklyn, New York, USA known as “The Watchtower Bible And Tract Society”, sometimes known as “International Bible Students”.

I was also convinced by their teachings. Some of which are :

As a Jehovah’s Witness I was also required to refrain from certain activities such as :

I was baptized as a Jehovah’s Witness in Penang in 1972. I was active in their meetings, door-to-door witnessing, conventions and organising gatherings. I was also appointed as a “Ministerial Servant”, (deacon) handling the Petaling Jaya Congregation accounts, public address systems, witnessing territory, magazines subscriptions, conducting Bible studies, congregation book studies, giving of public talks and other related activities of the Jehovah’s Witnesses.

I was thoroughly convinced by their teachings that Jesus returned invisibly in 1914 and all the Churches are of the devil. I was further instructed to quit having fellowship with people who are “of the world”, i.e. anyone who is not a Jehovah’s Witness. It includes all my close friends and relatives who belong to this “World”. I was also led to believe that Armageddon, i.e. the end of the world, could come in October 1975. We were reminded of the urgency of the end times and the need to preach this great truth to save those who were still ignorant. The constant reminder of the URGENCY of 1975 and the impending destruction of all other religions was clear and loud. Many brothers and sisters gave up good paying jobs, put off marriages, some sold their properties to join in the call to do fulltime pioneering (preaching) work.

Expectations were high. Every Jehovah’s Witness lived believing they would never see this world in its present condition again. It will be transformed into a paradise. What thrill ! What great hope of peace and security !
We were confident that as long as we obeyed ALL the instructions of the Watchtower Society we would be saved ! Our circumstances were likened to the “days of Noah”, where only those inside the Ark were saved. Likewise we believed those who were in the Watchtower Society of Jehovah’s modern day spiritual “Ark” would be saved !
In 1974, I attended the District Convention held in Ipoh. We were all made to feel as though this would be the final meeting before Armageddon. When the convention ended, everybody shook hands, in anticipation of seeing each other on the “other” side of Armageddon !October 1975 came and went without any of the anticipated events coming true. Many were disillusioned. The Watchtower Society came out with a new interpretation of the events of October 1975, and called it “New Light ”.

They said that Armageddon did not come in the anticipated year because there was a time “Gap” between the creation of Adam and Eve ! This time gap was expected to be “in the period of a few weeks to a couple of months and not years at the most”. We were all contented with this “New Light”. Who were we to question the “Spokesman” of God, the Watchtower Society ? The emphasis on the urgency of the limited time left for us motivated many into full time pioneering (preaching) work.

I was very disturbed when we met people in our door-to-door preaching who questioned me about our much preached events of 1975. I wondered why the Watchtower Society could not see this point earlier as the Scriptures were so clear that there was a time “Gap” between the creation of Adam and Eve. I consoled myself, thinking that the Watchtower Society was only imperfect, like Moses was.

I encountered more problems in the following years. I began to see more flaws in our doctrines, but feared to pursue them further. However, the seeds of doubts began to grow and the flaws I was aware of kept coming back to my mind. I realized that to end this agony, I had to find out if my doubts were true.

I soon discovered I was not the only one confronted with these issues. There were several others too! We decided to get together to find answers to these problems. The local elders came to know of this and warned us to discontinue such discussions. We meekly obeyed for fear of being disfellowshipped (ex-communicated)!

The major point that opened my eyes was the Watchtower Society’s belief in Chronology, i.e. the belief in the times and setting of dates with the skilful art of juggling the Scriptures. I discovered that the Watchtower Society not only made false predictions for 1914 and 1975, but also made a host of many others, such as the world was supposed to have ended in 1874, Abraham, Isaac, Jacob and other faithful men of old were supposed to have been physically resurrected to life here on earth in 1925. The Watchtower Society even built a house in San Diego, California, in preparation for their anticipated return. The house is the physical proof of their “sure” belief of their return. They called the house “ Beth Sarim “ meaning “House of Princes.“ The Watchtower Society finally thought it wise to sell the house in 1942 when there was no signs of Abraham, Isaac or Jacob coming back to life! I was shocked to find such damaging information. Jehovah’s Witnesses claim to be the modern-day Prophet Ezekiel (a reference to Ezekiel 33). Anything they predict MUST come true or else they prove themselves to be a false and a presumptuous prophet whom no man should fear. (Deuteronomy 18:20-22).

I realised I could not keep this information to myself. One of the first ones I shared the book with, was my brother-in-law, Steven Kau. We decided to discuss this with the local elders. The topic was taboo to them. They did not come up with any answers except to warn us to “forget” these questionings. We were not satisfied with such weak excuses and evasions. All these years we had been trained to “make a defence for the hope that is in us “ – 1 Peter 3:15. And now we were told to “forget” it ? It was sheer contradiction !

By then we felt in all honesty and with a clear conscience we could not continue to attend meetings that would only teach us more about these false doctrines. Neither could we continue to go house-to-house preaching these falsehoods. We secretly visited churches in search for the Truth.

In February 1984, Steven and his wife Sharon (my sister) were officially questioned as to their stand for the Watchtower Society when it was discovered that they have been visiting churches. This was done with the view of disfellowshipping (ex-communication). Steven shared this with me and we thought it wiser, under the circumstances, to submit our voluntary resignation as members from the Watchtower Society. The decision was a most painful one. We had spent a great deal of our lives in association with the brothers and sisters of whom we had grown very fond. However, our decision also brought us great relief.

In 1984 at a church camp in Port Dickson, I was moved by the Spirit of God when an evangelist shared about “the love of Christ which surpasses knowledge that you (I) may be filled with all the fullness of God. Now to Him who is able to do exceedingly, abundantly above all that we (I) asked or think, according to the power that works in us (me), to Him be glory in the church of Christ Jesus through all generations forever and ever. Amen.” [Ephesians 3:19-21 NKJV]
I felt the love, comfort and peace of the Lord Jesus Christ and I knew my long search for the truth has ended. I accepted Him as my personal Saviour and was later baptized once again ! Only this time, it was not in the name of an organization but “in the name of the Father, and of the Son, and of the Holy Spirit”. Amen !! [Matthew 28:19 NKJV]

I have since recognised Jesus Christ as the only Way, Truth and Life, the only One who can lead us to God. Salvation does not depend on my belonging to a man-made Organization.

1 John 4:1 warns us … “beloved, do not believe every spirit, but test the spirits, whether there are of God, because many false prophets have gone out into the world”. Recognizing the Watchtower Society for what it actually is … a false prophet was the first step in my being freed from its spiritual grip upon my life.

Rather than be disheartened at the discovery that I have been deceived and enslaved for more than ten years, I am filled with great joy. I now KNOW the living God through the Lord Jesus Christ and am rejoicing in a growing personal relationship with our loving Father and His Son, Jesus Christ through the comfort of the Holy Spirit.

TO GOD BE THE GLORY ! 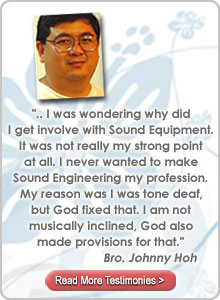